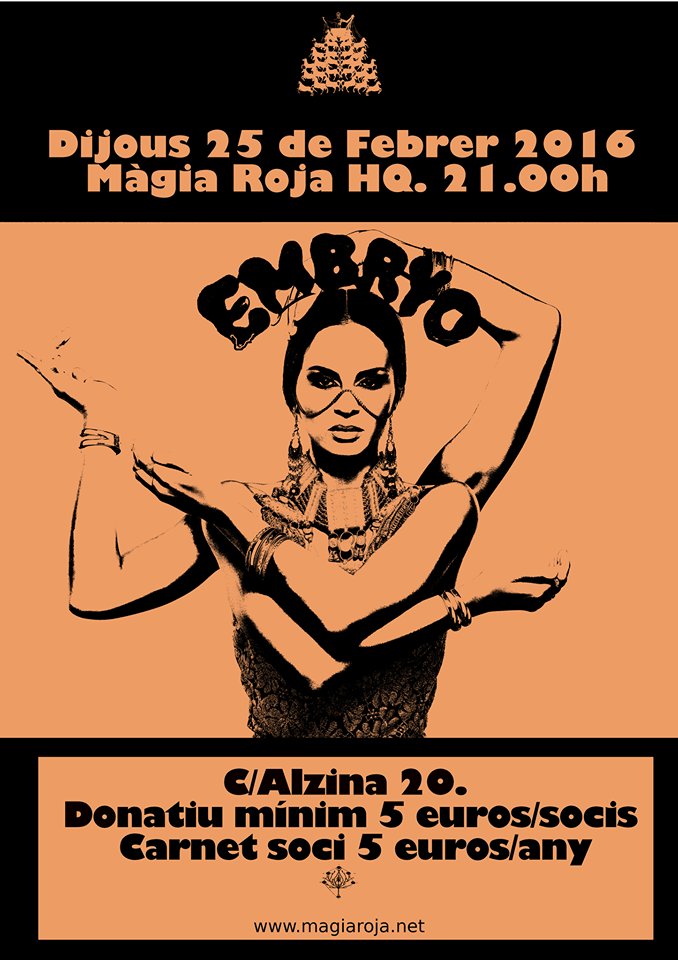 Magia Roja’s chief designer (Bruxelles 1993) didn’t have time to finish her studies and she was already designing for us. Her design is influenced by Timothy Wyllie, the occultist symbolism, pop art, the aesthetics of underground posters from the 70’s-80’s and the old book covers. Her designs suggest in a lateral way the complex message which an event represents, apropiating herself from classical works to internet trash and working frequently with Leon Ka materials. The simplicity of her combinations transmits the idea of a possible and pragmatical utopia. She has done posters for shows of Embryo, Gnod, Consumer Electronics, Jochen Arbeit, Burial Hex, Putan Club…,between many others, and numerous designs from our own releases.