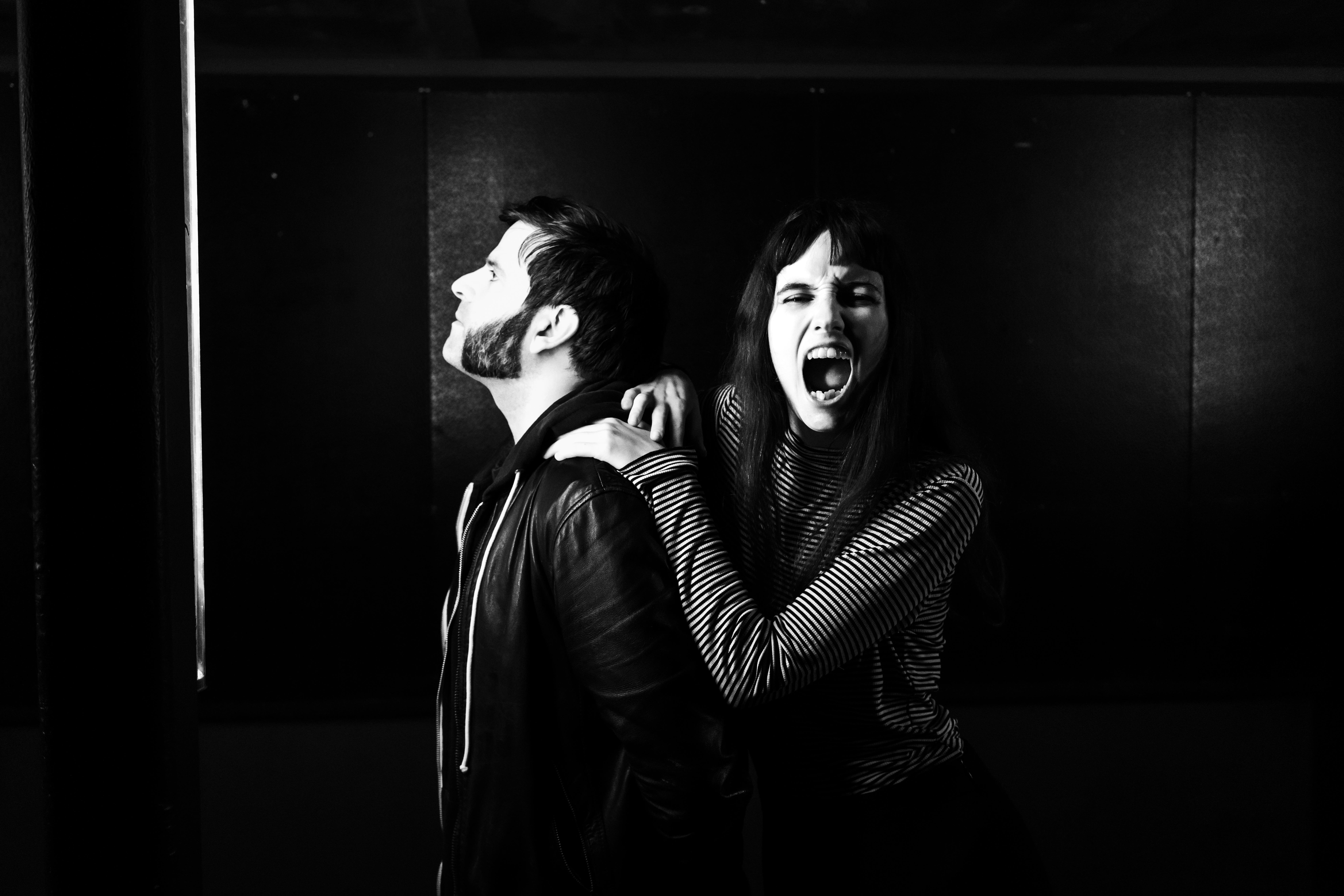 Dame Area mixes synths and live percussion, industrialism and tribalism. Their music works as a musical Rorschach test: some people call them Tribal Wave, others Latin EBM, some say they do Techno Punk and others call them Industrial Postpunk. Silvia Konstance and Viktor L.Crux, (also in projects like Futuro de Hierro, Ordre Etern or Qa’a, and collaborator of Nurse With Wound and J.Arbeit from E.Neubauten) are part of Màgia Roja label and collective, Viktor being the resident DJ there.

Mixing synth bassline arpeggios and live percussions, noises and congas, industrialism and tribalism, Italian and Spanish, Dame Area are running across the same path and breathing the same air of the EBM/Industrial driven Diseño Corbusier or the drum compositions of Roberto De Simone.

Starting to play live in 2018 they have toured extensively in Europe, sometimes also in a trio format with Jess Webb from Gnod/Anthroprophh at drums. Their latest LP “Ondas Tribales” was released in April 2021 on Mannequin Records and their previous works were out on Kess Kill, BFE Records and Màgia Roja.

“Post-industrial duo Dame Area capture the spirit of Spain’s experimental scene […] Records like Ondas Tribales have much to give beyond the four walls of a venue: it’s thrilling and life-affirming” (Bandcamp Daily feature about Dame Area)

“The revelation of the European underground scene in recent years” (PANM360 Magazine, Montreal)

“Is it primitive rock, voodoo? Is it the return of the 80’s confontrational mind expanding industrial? Or is it simply the next generation of paranoid synth punk like DAF, Throbbing Gristle and Suicide? The thirty minutes of “tribal waves” could become a small phenomenon as only the underground knows how to create them. […] Those who have seen the duo’s live shows on the alternative circuit speak of it as an epiphany.”  (Dame Area feature on Libération, French daily newspaper)